Most freelancers' self-promos are quickly forgotten. Illustrator & artist Esther Pearl Watson wanted to make a save-worthy mail-out. This marketing stunt starts with Esther finding a teenager's diary in a gas-station bathroom. Loosely based on that diary, she created “Unlovable”. An illustrated paper zine she mailed to art directors.

Esther made 5 issues of the zine, one per year. Zines are not a new idea: they’ve been around for years. This happened back in 2003. But now when hordes of other freelancers are shooting off e-mails, an interesting, tactile paper zine might surprise and delight potential clients (especially when it lands in an otherwise eerily empty physical mailbox).

Lets’s have a chat with Esther about her self-promotion:

Hi, Esther! What Do You Do? For Whom?

This question used to be easy. I was a freelance illustrator, creating images for magazines and newspapers. But now it is a bit more complex. I still do illustrations for New York Times or Vice Magazine. But I also draw alternative comics for Fantagraphics, Bust Magazine, and Vice Online.

I am also a “faux-naive” memory painter and have one of my largest paintings (10′ x 13′) at the Amon Carter Museum of American Art. I am also an Associate Professor in the illustration department at Art Center College of Design.

Who Did You Target with Your Zine “Unlovable”?

I mailed copies of my zine to 1,000 names on a mailing list I had created over the years.

My husband and I used to go to any bookstore and write down the art director's name and magazine's address from the masthead (on the first few pages of the magazine). 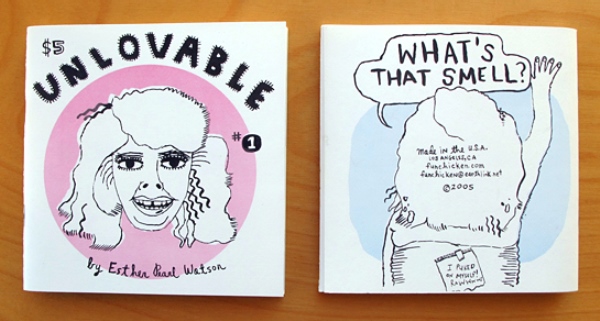 What Was Your Goal?

In 2003 when I first mailed out Unlovable, my goal was to get some illustration work. I also wanted art directors to hold on to my promo, in case they moved jobs and could later hire me.

Did You Reach Your Goal?

Yes. Bust Magazine called me right away and asked me to do the back page comic of their magazine. That was in 2004 and I still do every other issue. My zine also led to a comic for Bitch Magazine and some more illustration work in the same style.

About 10 years ago, I received a series of awesome zines from the illustrator […] Esther Pearl Watson. I STILL HAVE THEM. They’ve survived three moves and several office purges.

This was the first time I had been asked to draw a paneled comic. It was ironic because Unlovable was a criticism on how comics was. This whole language created by a long history of dudes. Now I was part of the comics world.

Did You Follow-Up on the Mail-Outs?

No. I don't bug. I had all my info on the back of the zine and people found me if they wanted.

What More Did the Zine Promo Bring You?

The zine led to three volumes of Unlovable being printed by Fantagraphics. At first Fantagraphics wanted to re-print my 5 zines. But I had a whole bunch of material, thanks to the Bust comics.

How Much Did the Promo Project Cost You?

The 64-page offset cover and b/w insides cost me $1,000 at a local printer. That was my first zine. I have since found better and more affordable ways to print.

Was It Worth it?

Yes, I would say it was worth it. Whatever you do, that gets your work out there. Using a professional printer will make your work look more pro. That is important to some people.

What Did You Learn?

A lot. My husband and I even made a book of all we learned called, What'cha Mean, What's a Zine?

I would say the best promo zines show a distinctive style, but also good storytelling and characters. Sketchbook zines are so common and harder to keep around… unless they are funny. Humor sticks.

Zines are a great way to create experimental stories or styles. Then I could test them out, by sending them to clients. But I found it more satisfying, just tabling at comic events. I was able to see people's reaction in person.

After years of cutting corners to print for low cost, I would be interested in using an off-set printer again. I have been using print on demand, but there is something nice about working with your local printer. They can give you deals and care that it looks the way you imagined.

Do you have any brilliant (or maybe failed) direct mail ideas for freelancers to share? Please do so in the comments! 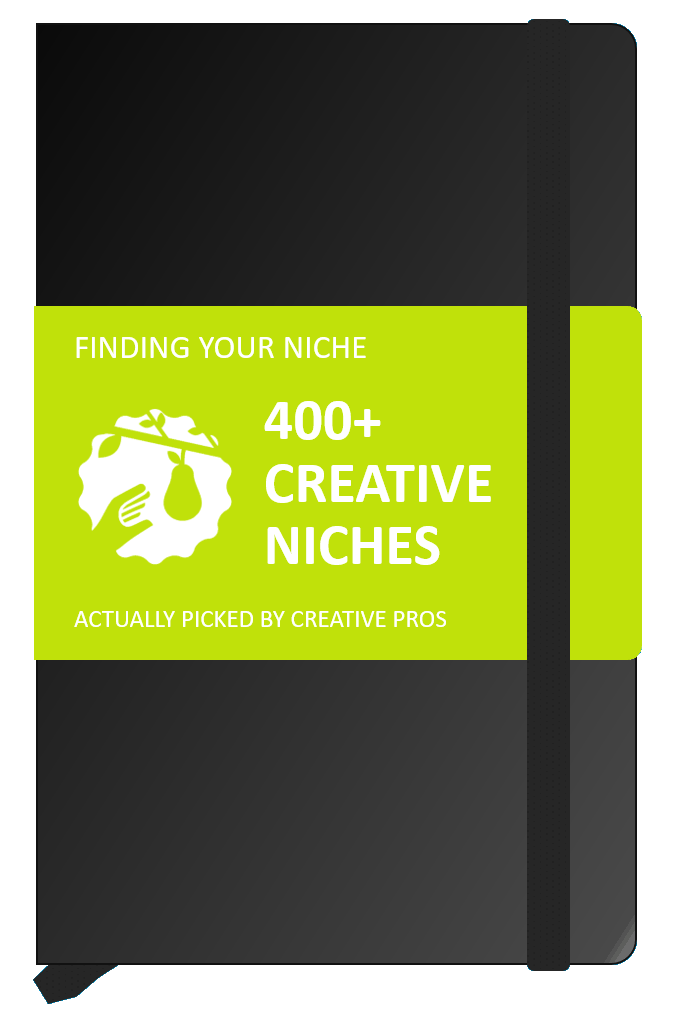